Ridgewood, NJ (February 10, 2022) – Volunteer program Feed the Frontlines – Helping Those in Need funded through New Jersey Economic Development Authority (NJEDA) Sustain and Serve grants to HealthBarn Foundation 501c3 totaling $3M for 300,000 meals will be concluding this month with an eye on Phase 3 announced by NJ Governor Murphy.  With overwhelming support and gratitude for this program, Bergen County Executive James Tedesco will be delivering hot, nutritious meals to the Franciscan Community Development Center (FCDC) in Fairview, a town newly designated as a NJ Food Desert Community (FDC) by NJEDA in January 2022. The HealthBarn Foundation in partnership with the Ridgewood Chamber of Commerce purchases an average of 12,000 ready-to-eat meals from 20 restaurants weekly.  The meals are delivered by volunteer drivers to 29 food pantries and organizations in Bergen and Passaic counties.  The County Executive is pitching in to aid the fleet of 400 volunteer drivers who pick-up hot meals every day, seven days a week to deliver to food pantries in partnership with the Bergen County Food Security Task Force since the program began in February 2021.

According to the Bergen County Food Security Task Force, it is estimated that Bergen County saw a 71% increase in food insecurity in 2020.  These levels have not subsided and many families are still struggling.  “In July 2020 the County launched our Food Security Task Force to combat rising levels of food insecurity caused by the pandemic,” said James Tedesco, Bergen County Executive. “By connecting community-based food efforts with local food suppliers, and partnering with nonprofits organizations including HealthBarn Foundation and Feed the Frontlines, our shared efforts have provided a valuable line of support for residents facing this unfortunate reality.”

In January 2022, NJEDA released a draft list of NJ’s 50 designated FDCs, which would qualify these communities to access $240 million in funding through the Food Desert Relief Act.  The town of Fairview was the only FDC listed in Bergen County.  “Feed the Frontlines created a safety net where our Pantry couldn’t measure up to the daily demand of food on Monday and Thursday nights and the program filled that void,” said Susan Colacurcio, CEO/Executive Director, Franciscan Community Development Center of Fairview. “The program not only made a significant difference for restaurants and clients, but our pantries, too. I know Feed the Frontlines will be missed greatly as this round of grant funding concludes.”

In Phase 2, which began in September 2021, the participating Ridgewood restaurants have received almost $2 million and produced almost 200,000 high quality, nutritious meals served to people in need meeting the NJEDA Sustain & Serve grant’s goal. “The pandemic has revealed the need for nutritious, ready-to-eat meals in addition to raw ingredient staples to sustain families and working poor further validating the continuation of NJEAD’s grant into Phase 3,” stated Stacey Antine, MS, RDN, Founder/Director, HealthBarn Foundation.  To date, the Ridgewood restaurants have received $2.5 million, which has served as a lifeline to keep their doors open, staff working and payrolls funded. “This NJEDA grants have been a win-win for our restaurants who continue to be effected by the economic complexity of the pandemic.  They get to do what they love and the recipients have the dignity of a hot, nutritious meal while mitigating storefront closures and unemployment – it’s a home run,” stated Scott Lief, board member, Ridgewood Chamber of Commerce and program co-founder.

Feed the Frontlines – Helping Those in Need raised $100,000 from the public in Spring 2020 for the HealthBarn Foundation to purchase ready-to-eat meals from local restaurants organized by the Ridgewood Chamber of Commerce.  The meals were transported by resident volunteers to hospital frontline workers, emergency service personnel and food insecure neighbors during the height of the pandemic.  This initial program qualified the HealthBarn Foundation to apply and secure NJEDA’s Sustain and Serve Phase 1 Grant for $1M for 100,000 meals in February 2021 successfully concluding in June 2021.  In August 2021, NJEDA granted $2M for 200,000 for phase 2 funding to HealthBarn Foundation to conclude by March 31, 2022.

HealthBarn Foundation is a New Jersey non-profit corporation and a federally recognized 501c3 public charity with a mission to gift families with ill children and seniors with healthy food through access and in conjunction with nutrition education.  There are currently four initiatives that are being funded with generous support from the public including: Healing Meals, Feed the Frontlines and Helping Those in Need, Garden-to-Table Scholarships and School Nutrition Education. Email [email protected] or call 201-444-2955 for more information. 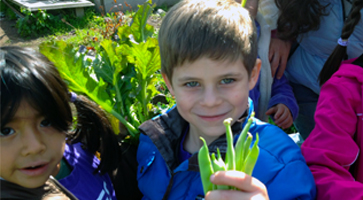